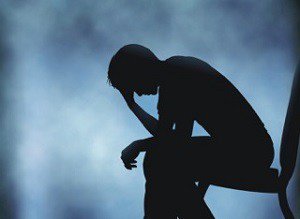 Exercise may be an effective treatment for depression and might even help prevent depression, according to three timely sets of research reviews of the ‘most recent and best-designed’ studies, writes The New York Times. The studies pool outcomes involving more than a million people and, taken together, ‘strongly suggest that regular exercise alters our bodies and brains in ways that make us resistant to despair’.

But, the report says, past studies have sometimes muddied rather than clarified the body and mind connections. Some randomised controlled trials have found that exercise programmes, often involving walking, ease symptoms in people with major depression.

But many of these studies have been relatively small in scale or had other scientific deficiencies. A major 2013 review of studies related to exercise and depression concluded that, based on the evidence then available, it was impossible to say whether exercise improved the condition. Other past reviews similarly have questioned whether the evidence was strong enough to say that exercise could stave off depression.

A group of global public-health researchers, however, suspected that newer studies and a more rigorous review of the statistical evidence might bolster the case for exercise as a treatment of and block against depression. So for the new analyses, the report says, they first gathered all of the most recent and best-designed studies about depression and exercise.

Then, for perhaps the most innovative of the new studies, they focused on whether exercise could help to prevent someone from developing depression. The scientists knew that many past studies of that topic had relied on people providing reports about how much they had exercised. We human beings tend to be notoriously unreliable in our memories of past workouts, though.

So, the report says, the researchers decided to use only past studies that had objectively measured participants’ aerobic fitness, which will rise or fall depending on whether and how much someone exercises. Participants’ mental health also had to have been determined with standard testing at the start and finish of the studies, and the follow-up time needed to have been at least a year and preferably longer.

Ultimately, the researchers found several large-scale past studies that met their criteria. Together, they contained data on more than 1,140,000 adult men and women. Among these million-plus people, the links between fitness and mental health turned out to be considerable. When the researchers divided the group into thirds, based on how aerobically fit they were, those men and women with the lowest fitness were about 75% more likely to have been given diagnoses of depression than the people with the greatest fitness. The men and women in the middle third were almost 25% more likely to develop depression than those who were the most fit.

In a separate study (some of the scientists were involved in each of the reviews), researchers looked at whether exercise might be useful as a treatment for depression. In that analysis, they pooled data from 25 past studies in which people with clinically diagnosed depression began some type of exercise program. Each study had to include a control group that did not exercise and be otherwise methodologically sophisticated.

The pooled results persuasively showed that exercise, especially if it is moderately strenuous, such as brisk walking or jogging, and supervised, so that people complete the entire programme, has a “large and significant effect” against depression, the authors wrote. People’s mental health tended to demonstrably improve if they were physically active.

The report says the final review offers some hints about why – it took on the difficult issue of what happens within our bodies during and after exercise that might affect and improve our moods. The researchers analysed 20 past studies in which scientists had obtained blood samples from people with major depression before and after they had exercised. The samples on the whole indicated that exercise significantly reduced various markers of inflammation and increased levels of a number of different hormones and other biochemicals that are thought to contribute to brain health.

But the researchers also caution that most of the physiological studies they reviewed were too small and short-term to allow for firm conclusions about how exercise might change the brain to help fight off gloom.

Still, the three reviews together make a sturdy case for exercise as a means to bolster mental as well as physical health, the report quotes Felipe Barreto Schuch, an exercise scientist at the Centro Universitário La Salle in Canoas, Brazil, as saying. He, with Brendon Stubbs, a professor at King’s College London, was a primary author on all of the reviews.

Many more experiments are still needed to determine the ideal amounts and types of exercise that might help both to prevent and treat depression, Schuch said in the report.

But he encouraged anyone feeling overwhelmed by recent events, or just by life, to go for a run or a bike ride. “The main message” of his and his colleagues’ reviews, he said, “is that people need to be active to improve their mental health.”

Abstract 1
Physical activity (PA) is protective from future depression, however, the potential impact of cardiorespiratory fitness (CRF) on the development of depression is less clear. We aimed to investigate if lower levels of CRF are associated with a higher risk for depression onset. Major electronic databases were searched, from inception to January 2016 for prospective cohort studies evaluating the association between CRF and incident depression. Pooled hazard ratio (HR) with 95% confidence intervals (CIs) were calculated. Methodological quality was evaluated using the Newcastle-Ottawa scale (NOS). Three prospective studies were identified and data from two studies were pooled. Our data provide preliminary evidence found that people with low CRF and medium CRF were at increased risk of developing depression (n=1,128,290, HR=1.76, 95% CI 1.61-1.91, p<0.001, I2=11.88, and HR=1.23, 95% CI 1.20-1.38, p<0.001, I2=0, respectively). Considered alongside the wider benefits of higher levels of CRF, these findings further support the rationale for interventions specifically targeting fitness, in order to reduce the significant burden associated with depression.

Abstract 2
The effects of exercise on depression have been a source of contentious debate. Meta-analyses have demonstrated a range of effect sizes. Both inclusion criteria and heterogeneity may influence the effect sizes reported. The extent and influence of publication bias is also unknown. Randomized controlled trials (RCTs) were identified from a recent Cochrane review and searches of major electronic databases from 01/2013 to 08/2015. We included RCTs of exercise interventions in people with depression (including those with a diagnosis of major depressive disorder (MDD) or ratings on depressive symptoms), comparing exercise versus control conditions. A random effects meta-analysis calculating the standardized mean difference (SMD, 95% confidence interval; CI), meta-regressions, trim and fill and fail-safe n analyses were conducted. Twenty-five RCTs were included comparing exercise versus control comparison groups, including 9 examining participants with MDD. Overall, exercise had a large and significant effect on depression (SMD adjusted for publication bias = 1.11 (95% CI 0.79-1.43)) with a fail-safe number of 1057. Most adjusted analyses suggested publication bias led to an underestimated SMD. Larger effects were found for interventions in MDD, utilising aerobic exercise, at moderate and vigorous intensities, in a supervised and unsupervised format. In MDD, larger effects were found for moderate intensity, aerobic exercise, and interventions supervised by exercise professionals. Exercise has a large and significant antidepressant effect in people with depression (including MDD). Previous meta-analyses may have underestimated the benefits of exercise due to publication bias. Our data strongly support the claim that exercise is an evidence-based treatment for depression.

Abstract 3
Exercise displays promise as an efficacious treatment for people with depression. However, no systematic review has evaluated the neurobiological effects of exercise among people with major depressive disorder (MDD). The aim of this article was to systematically review the acute and chronic biological responses to exercise in people with MDD. Two authors conducted searches using Medline (PubMed), EMBASE and PsycINFO. From the searches, twenty studies were included within the review, representing 1353 people with MDD. The results demonstrate that a single bout of exercise increases atrial natriuretic peptide (ANP), brain natriuretic peptide (BNP), copepetin and growth hormone among people with MDD. Exercise also potentially promotes long-term adaptations of copeptin, thiobarbituric acid reactive species (TBARS) and total mean frequency (TMF). However, there is limited evidence that exercise promotes adaptations on neurogenesis, inflammation biomarkers and brain structure. Associations between depressive symptoms improvement and hippocampus volume and IL-1β were found. Nevertheless, the paucity of studies and limitations presented within, precludes a more definitive conclusion of the underlying neurobiological explanation for the antidepressant effect of exercise in people with MDD. Further trials should utilize appropriate assessments of neurobiological markers in order to build upon the results of our review and further clarify the potential mechanisms associated with the antidepressant effects of exercise.

Fontana Health Centre is open for the booking of appointments, account queries and administration during normal office hours. You are welcome to contact my Practice Manager Elizabeth:

I am available for appointments between these times: